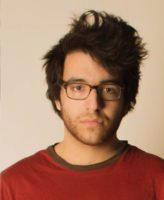 Local jerk Bryan Chesterton, MEAS ’20, has been heard repeatedly bragging about the number of midterms he has tomorrow. That number, sources report, is seventeen.

“I’m honestly sick of it,” said one of Chesterton’s acquaintances, McCormick sophomore Roy Wilkes. “One second I’m complaining about a psych test I have tomorrow, and next thing I know, Bryan’s going on and on about the amount of work he has to do. Seventeen midterms? Uh, okay buddy. Good luck with that.”

In addition to being annoyed with the behavior, other students are perplexed.

“I… I don’t understand” Weinberg freshman Jessica Smith said. “Seventeen. How many classes is he taking? Are his classes having multiple midterms in one day? If a midterm lasts for roughly one hour, will he be taking tests for seventeen hours straight? What time do these exams start? 4 a.m.? How does he make it from one midterm to the next?”

When later asked these questions, Chesterton shrugged. “I don’t know man. All I know is I have way more stuff to do than you do, okay?”

Rumors suggest that Chesterton may be the elusive and mythical obnoxicus doucheium, or “busiest student.” Legend has it that this student indisputably has the most amount of homework and exams, and anyone who tries to contradict this while in their presence will burst into flames. Though the rumors are yet to be confirmed, Chesterton argues that his status as a McCormick student supports such a claim.