Report: Each of the 40 Librarians in Main Library Thinks They’re the Head Librarian 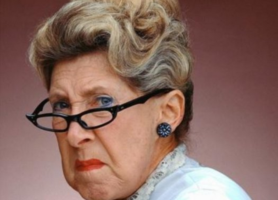 A new report published last Tuesday reveals that each of the 40 librarians who work at Main Library believe that they’re the head librarian.

Despite these two librarians’ confidence, all of the other 38 librarians similarly felt that they were the ones in charge. “It’s definitely me, and I think everyone would agree,” said Torrey Plout, a research librarian of Citrus Fruit Studies. “Also, Patricia Crabb is a dang rat. Nobody likes her.”

Some librarians, like Rick Nuñez, also expressed frustration that they couldn’t resolve the issue in a more civil way. “I wish I could just go up to someone and ask, ‘Who is the head librarian?’ But I’m not allowed to talk or ask any questions, because it’s a library and I have to be absolutely silent,” Nuñez told his sign language interpreter. “Because I don’t know the correct answer, I will just have to assume that I’m the highest-ranked librarian.”

Out of everyone interviewed, the most confident was Jim Kagg. “I just KNOW that it’s me—I can feel it in my bones!” he exclaimed, creepily. “Technically, I’m the janitor here and have no prior experience or employment as a librarian. But I’m still pretty sure I’m the head librarian.”

In light of the library controversy, the Flipside sent out a survey to hear the student body’s opinions. The two most common responses received were “nobody cares” and “we have librarians?”