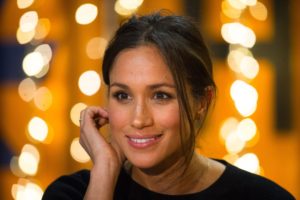 Just one week into her marriage with Prince Harry, Northwestern alumni and Duchess of Sussex Meghan Markle reportedly feels “completely overwhelmed” with the responsibilities of being a member of the royal family and has booked a personal vacation for herself so that she can attend Dillo Day and “forget it all”.

“I mean, I know AND is in our DNA, but this royalty shit is hard!” Markle said in a note to Mayfest ordering them to set aside a ticket for her. Sources close to the situation report the note was written on the finest British parchment and emblazoned with Markle’s personal coat of arms.

“Once I started thinking about the fact that there are only five people who have to drop dead for me to become queen, I nearly broke down,” said Markle. “The last time I was this stressed was when I got a terrible registration time for winter quarter of freshman year and found out the only open classes I could take were Orgo, EA, and EECS 211.”

“No, Meghan was very clear that this was a personal trip,” said Prince Harry when was asked if he would be accompanying his wife on the trip. “She said I would just embarrass her when she met Joey Bada$$.”

Then, the prince’s gaze became unfocused and he stared off into space. “She did dress up as an armadillo when we consummated our marriage though, so at least I was able to share her excitement about Dillo Day for one glorious and slightly disturbing night.”