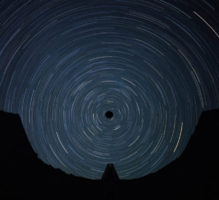 “I knew it!” cried out Sherman Morris, ’22, upon hearing the news. “I had filled out three SchoolDude forms because I didn’t know how to get my fridge to work. I waited weeks and weeks. Eventually, I had to take matters into my own hands and plug the damn thing in myself! All the while, I thought to myself: ‘Why don’t we have people for this?’”

A software analysis done by a Comp Sci study group “for fun” this past Friday night revealed a remarkable similarity to John Oliver’s now-defunct ScreamIntoTheVoid.com website. The group uncovered that each “inquiry” was immediately transferred to the trash on President Morton Schapiro’s laptop, which he allegedly empties every two hours because he “likes the sound it makes”.

When confronted about the phony website, Northwestern Residential Services were just as confused as the student body. Jane Tillman, a spokesperson from Res Services, told the Flipside she had never heard of the service: “SchoolDude? That sure is a strange nickname for a frat boy, but who knows with millennial lingo these days.”

“Now that you mention it though, I can’t remember the last time we received a complaint about dorm facilities,” continued Tillman. “We thought everything was just running smoothly!”

At press time, a ZBT brother who overheard the maintenance interview had urged his peers and teachers to refer to him as “SchoolDude.”