The House Isn’t the Only Thing Turning Blue, Claims Frat Boy Participating in No Nut November 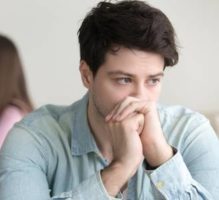 Jason Anderson, Medill ’23, has been following the midterm elections pretty heavily for the last six months. Still, Anderson advocates that November is not only a month to vote in midterms, but also to participate in something even more important: No Nut November.

When asked what midterm results excited him most, Anderson cited the increasing midterm voter turnout. “However, voter turnout isn’t the only thing increasing this November,” claimed Anderson, “I have also noted a significant increase in the number of cold showers I am taking.”

Anderson stated that while the diversity of elected officials increased this November, the diversity of means he uses to regulate his boners has increased even more so. “My grandfather in a bikini won’t cut it anymore,” claimed Anderson, “for the Senate or for stopping my arousal.”

Featured, Local, No. 261 no nut november