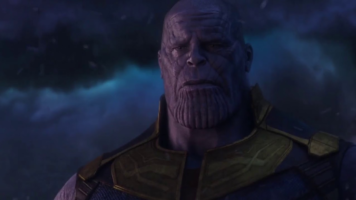 It turns out that Marvel fans won’t have to wait as long as they thought to see Thanos get his due. In an unexpected turn of events today, the seemingly unstoppable supervillain was brought down when several of his old tweets were unearthed and seemed to contain homophobic sentiments.

“Relationships should be perfectly balanced between a man and a woman. Anything else defies the natural order of things,” read one tweet. Another read “Seeing homosexuals struggle in society does put a smile on my face”. These tweets corroborate a disturbing trend in Thano’s recent behavior after the Mad Titan murdered countless members of the LGBTQ+ community in his universe-decimating Snap last year.

“The hardest choices require the strongest wills. That said, I take full responsibility for my words,” Thanos has stated. “I wrote these tweets before the Marvel films made me famous, when I was younger and more foolish, and I regret them greatly.” In an attempt to atone for his offensive statements, Thanos has reversed the aforementioned Snap, reviving fan-favorite characters such as Spider-Man, Black Panther, and Morty Schapiro. Despite this, it is doubtful he will appear in any future Marvel movies after this scandal.

At press time, Thanos was reportedly organizing a support group with Kevin Hart and James Gunn.