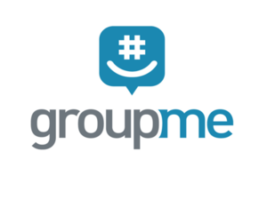 When Tommy Piper, SoC ’22, created a GroupMe during Wildcat Welcome, he never realized that he would be unable to befriend all 137 members. “I think I have met at least 12% of the members,” claimed Piper. “But I’m still not sure which ones I mesh with.”

Hannah Garcia, McCormick ’22, said, “I enjoy reading the various invites from people I have never met before, even though I think no one ever actually meets up.”

However, as Piper has been climbing up the social ranks at Northwestern, he has decided to increase the group’s exclusivity.  “I will be launching a weekly ceremony to eliminate people from the GroupMe,” wrote Piper in an official press release to the GroupMe. “You can gain immunity from elimination by doing my laundry or locating a fork during lunchtime in Sargent.”

While attendance for the first ceremony was low, Jessica Martin, Weinberg ’22, claimed, “My friends and I showed up just to vote Tommy out of his own group.” The coup was successful, and Martin looks forward to continuing the Survivor-style eliminations with new challenges.