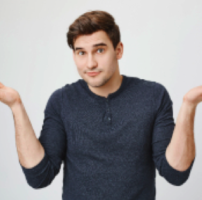 This just in: Gavin Schmidt really goofed up this time.

Reports say that Schmidt made an attempt to impress members of his improv troupe with a slick pop culture reference but struck out hard when he confused R&B singer Chris Brown with NBA player Chris Paul. Studies show that this is the 7000thinstance in 2019 of a white man speaking on a topic with irrational confidence despite having little to no knowledge of said topic.

“Gavin has this incredibly loose grasp on pop culture but for some reason feels the need to talk about basketball like he’s an expert.” commented Liam English, a member of the improv troupe.

Added English: “We’re in an improv troupe, dude. Most of us don’t know who these people are anyway. My favorite basketball player is Troy Bolton, for Christ sakes.”

Schmidt seemed confused at his peers’ negative reactions: “I keep getting these dirty looks when I talk about how much I love Chris Brown. I mean, he’s a great fit for the Houston Rockets’ offense and he’s so funny in those State Farm commercials. What’s not to like?”

“It’s getting difficult to deal with him in the cult initiation process – I mean the improv games we play,” said troupe leader Bill Kultmaster. “He’s so focused on getting us to like him with these weird references that he’s not even calling me ‘Supreme Lord Deity’ anymore.”

Despite the early rebuke, it is likely Schmidt will become a repeat offender when it comes to confusing basketball players and rappers. Credible sources tell the Flipside that Schmidt plans to bring up Phoenix Suns forward Kelly Oubre Jr. in conversation but refer to him as R. Kelly instead.

At press time, Schmidt’s improv troupe was found fleeing the scene after Schmidt began a sentence with “My one black friend said….”