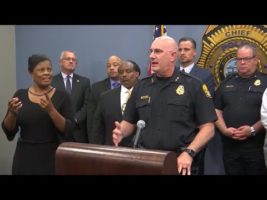 While Weinberg student Ned Plumbert was taking his normal stroll to class last Monday, he was fatally injured—all thanks to a tragic mix up of acronyms. According to police reports, the incident began when an RTVF student whom a professor instructed to take a ‘headshot’ turned out to be an ROTC student instead.

Filmmaking professor Perry Biscit, whose trial is set for early next year, feels very bad about the mix-up. “I realized I could have been more clear in my instructions,” she said. “Instead of ‘headshot,’ I could have said ‘close-up.’ I also told him to ‘shoot quickly’ because the camera was low on battery, but I guess he misinterpreted that part, too.”

Keith Rogers, the ROTC student, also released a defense statement: “The first thing they teach us in the Marines is to obey orders no matter what,” said Keith. “But on second thought, it did seem a little weird that my commander was wearing a beret and holding a clapperboard.”

Biscit, despite facing a heavy prison sentence, sees a silver lining to the incident. “I want to turn this whole crazy episode into a short film,” she said. “I’ll have a lot of time in prison to work on the script!”

The tragic mix-up, though shocking, is apparently not the first of its kind. A theater professor, who wishes to remain anonymous, revealed his own story: “Once I told an improv performer to say ‘yes and’ to everything. Turns out, I was actually talking to the head of the psychology department, who then immediately approved Satoshi Kanazawa as a visiting scholar.”