Local Perv Excited For Mosquitoes To Suck Him This Spring 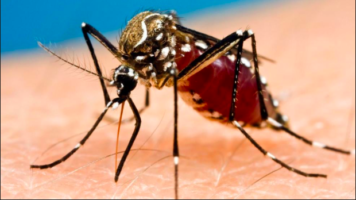 As winter quarter draws to a decidedly underwhelming close, many Northwestern students eagerly await the coming spring full of tanning by the lakefill, backyard kickbacks, and emerging from beneath the weight of their $1,000 jackets. One uncomfortably-mustachioed student, however, looks forward to something a little different: the onset of mosquitoes sucking fluids from his body.

“Once I watched a magnified video of a mosquito’s proboscis entering a blood vessel,” local perv Oscar Davis dreamily recounts. “None can penetrate so deeply as the humble mosquito.”

A confidential source who named themself as ‘Definitely Not Oscar’s Roommate Terry’ reports that Davis suffers from an extremely rare nighttime phenomenon called ‘Red Dreams.’ These REM phenomena afflict those with an affinity for mosquitoes and mosquito culture. Flipside researchers found the core tenant of mosquito culture is the oft-repeated phrase ‘safe, sane, and consucktual.’

The source also reports Davis’s strange reaction to the itchy welts left behind from what he calls ‘a good suckin’’—allegedy, Davis has been known to don women’s undergarments whilst scratching the bite and whispering, “I’m a naughty boy who needs to be proboscized.”

At the time of publication, Oscar Davis was planning a trip to Brazil for the apparently widely sought-after ‘Zika bite.’