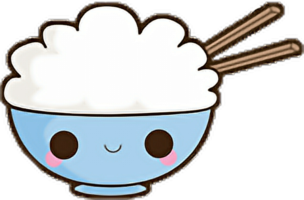 Imperfect Produce, the company that saved millions of fruits and vegetables that don’t conform to traditional fruit beauty standards from a life in a landfill, is back again with a new product. The company announced the release of “Rude Rice” earlier in the week.

“Our new Rude Rice may not be as friendly as your average rice but we can guarantee that it tastes just as good!” said Imperfect Produce CEO Ginny Rice.

However, those who have purchased Rude Rice so far have not shared the CEO’s optimism.

“I actually thought the new rice complemented the beans I was cooking nicely. But a bunch of grains of rice kept making fun of my lisp! God, why can’t this damn rice stay in its lane?” said dissatisfied Rude Rice consumer Connie Gottlieb.

“I-I accidentally spilled some rice on the counter, I turned around for two seconds and the grains had rearranged themselves to say ‘Lock Her Up,” said Cannon, fighting back tears. “The rice must have seen my six-foot-tall Hillary painting in the den! The nerve!”

At press time, Stop & Shop CEO Tom Douglas ordered the removal of all Rude Rice from every Stop & Shop after one particularly standoffish grain of rice went for the gut and referred to his wife as “a wrinkled bitch.”