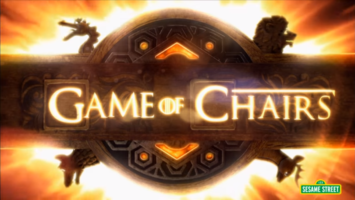 Tunes of hot stuff and frozen water are sweeping the nation as British Chair Show (BcS) sweeps network television and, with it, the hearts and minds of millions of American viewers.

“I like chair, I like show,” says Kevin Patterson, a guy who enjoys television and lives next door to me in Plex. “I like watching show while I sit in chair.”

British Chair Show is just one of many British shows that white Americans love to write think pieces about. Well-Studied Time Traveler made news in 2018 when network executives decided to cast a woman as the titular Time Traveler, and beloved anthology series Gray Window won a coveted spot on the American Netflix lineup.

Only time and weekly episodes at 9pm EST will tell Who Will Get Chair, which, as far as Flipside investigators can tell, is the premise of British Chair Show. That, and gratuitous rape scenes that fanboys insist are “for the realism.”

Overall, we are all glad that “summer is nearing.”