Crushes and Confessions: @NUCrush allows Kyle from your Discussion Section to Sexually Harass you Anonymously 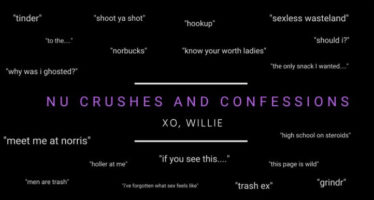 Kyle, the guy from your discussion section who had some very colorful thoughts on the whole “It’s OK to be White” thing, is among those lustful students. “Before, I never had an outlet to express how I really thought about girls. The crush page has changed all of that.” Some of Kyle’s posts include the time he described you as “thicker than a bowl of oatmeal,” or when he said he would “straight up smash [your] ass like Meta Knight.”

While some may say his posts are “embarrassing,” or “morally abhorrent,” Kyle considers them “empowering.” “I never had the confidence to talk about my feelings before @NUCrush. It’s really helped me feel like I have a voice. White men right now are just so restricted and can’t say anything.” Kyle says that soon enough, he’ll be able to tell girls in person just how much he wants to “tap that ass.”