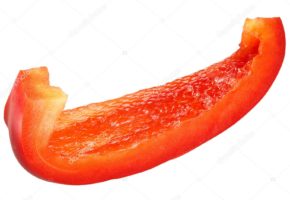 A single red bell pepper slice from the burger tray in Sargent was spotted last Tuesday in the CAPS waiting room. Other students described witnessing the sad vegetable, sitting with its head bowed down inconspicuously until it was finally called in for the hour long counseling session.

In the waiting room, the bell pepper slice told reporters that it felt “out of place at this school” and didn’t feel a strong sense of belonging in the community.

“At an elite institution like Northwestern, it’s very common for students (or vegetables) to feel something called Imposter Syndrome,” explained campus therapist Linda Rodriguez. “My client feels that he doesn’t ‘live up’ to his peers—specifically the delicious hamburgers that get placed on top of him every day.”

Many in the Northwestern community expressed their sympathy for the bell pepper upon learning about its mental health struggles. “I can’t even imagine what it would be like to constantly be overshadowed by burgers every day,” said Emma Kim, SESP ’21. “The chefs should treat bell peppers with more respect. They’re not just meant to serve as a decorative bedding for meat.  They deserve their own serving tray!”

While students like Kim are quick to blame the dining hall for its ongoing bell pepper neglect, other students place the blame on themselves and their peers. “We’re all responsible, and this is partly all of our faults,” said community activist Randy Verner, WCAS ’22. “Don’t pretend you feel so bad for the bell pepper when time and time again, you just take the burger at Sarge and ignore the sad vegetable underneath.”

Although the bell pepper slice has been making progress in therapy, other Sargent foods still struggle to receive the mental health care they need. Sources report that the tuna salad from the sandwich bar has been on the CAPS waiting list for two months.