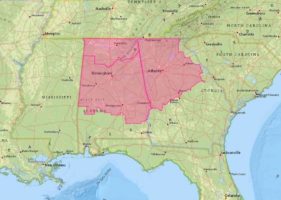 Following the 6 week heartbeat bill in Georgia and the abortion ban in Alabama, twins named Georgia and Alabama decided they want their names changed.

“We don’t want to be associated with these outrageous laws in any way, shape or form,” explained Georgia.

Judges denied Georgia’s and Alabama’s requests to change their names, explaining that they have to carry their names to a full life term.

“These she-people are bonkers!” exclaimed Judge Charles McGhee. “They want to go a-changin’ their names? It’s like they think they’re fully autonomous people or somethin’!”

When Georgia and Alabama attempted to appeal to a different judge, Judge Henry Smithson also denied their requests.

“I patiently explained the situation to them very slowly and very carefully, because I’m sure this is a hard concept for a lady brain to understand,” said 40-year-old and currently single Smithson, “I’m not sure that they fully grasped what they were asking.”

Both Georgia and Alabama attempted to leave their red home states for a bluer region, but were arrested for conspiracy to control their own futures. They are currently awaiting trial.