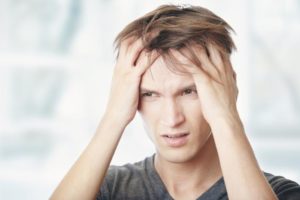 On October 4, 2019, Billy Stimpson, SoC ’23, replied-all to an email regarding acapella tryouts. The email, which included no capitalization, read as follows: “where is kresge? also, do i need where business casual?”

Outraged, Joe Ma, SoC ’20, made sure to reply-all in response to the freshman.

“It is extremely necessary that these freshmen are publicly shamed for their mistakes,” stated Ma, “mass emails are annoying.” When asked why he decided to clutter inboxes further with another mass email, Ma declined to respond.

Hanna Jorgenson, Medill ’21, was also incensed by Stimpson’s email. “My inbox is so busy with the thirty-seven listservs I signed up for freshman year that I don’t have time to delete an email from a freshman,” claimed Jorgenson, “I only want mail that claims to directly improve my career path or offers free pizza.”

Stimpson, unable to recover from his grammatical error and the anger of his peers, has decided to no longer join an acapella group. We tried to reach him for comment, but he has not left his CRC shower since the incident.

“He’s not even a good singer,” said Marvin Glenn, a CRC resident, “I heard him singing ‘Truth Hurts’ in the shower and he couldn’t even stop sobbing long enough to sing the ‘bom bom bi dom di dum bum bay’ part.”