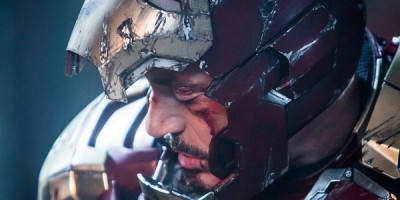 In honor of the upcoming International Women’s Day, Marvel Studios announced that it will be rebranding the beloved Iron Man as Fe Male.

“We at Marvel Studios know the importance of increasing female and minority representation in media, especially in leading roles,” said Vice President of Marketing Patrick Wilkins in a recent press conference. “With International Women’s Day right around the corner, we kinda recognized that having a womanizing playboy as a central character in the Avengers is not the move. With the rebranding, we now are proudly able to say that the hero who discovered a new element, who figured out time travel, who stopped Thanos is, indeed, Fe Male.”

In the rest of his statement, Wilkins dismissed concerns as to whether the rebranding would harm the success of the former Iron Man franchise. “With the success of movies like Captain Marvel and Black Panther, we were surprised to find out that you don’t need a straight white man as the main character to make a good superhero movie these days. Also, the rebrand coincidentally allows us to expand the target audience for the franchise. We’ll make a killing selling Fe Male toys and merchandise to girls all over the world.”

Asked on how Marvel plans to update past films and plotlines to fit the change, Wilkins clarified that the rebrand was in name only: “I mean, male’s literally right in the name.” When questioned whether just a name change was sufficient, Wilkins proceeded to shrug, saying “Probably. After all, you can’t really tell who’s in there when the mask is on.”