Ask Flippy: Is My Boyfriend Cheating On Me, Or Are All Those Texts Just From Kamala Harris? 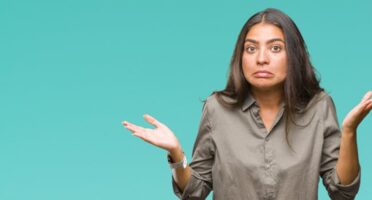 My boyfriend and I have been dating for two years now, and it’s been great so far. He’s respectful, hates capitalism, cares about the environment, and his haircuts never make me reconsider my love for him.

But recently I’ve started to worry that he’s cheating on me. He’s been coming home later from protests and waking up earlier to pick up litter with his sustainability club. Plus, his phone is always buzzing late at night when we’re watching nature docs on the Discovery Channel together, but he claims it’s just messages from his Biden-Harris listserv?! Really?? I mean, if any woman besides me were to be texting my boyfriend, I would want it to be Kamala Harris. But I just don’t know what to believe. What do you think?

It’s time to get real. If there’s really a Biden-Harris listserv, you’d be on it too, wouldn’t you? Kamala is a busy woman. She has better things to do than to text your boyfriend “heyy :)))” at 1:21 AM, no matter how much he cares about the environment. I hate to say it, but I think “Kamala” and your boyfriend might be fracking behind your back, if you catch my drift. You have two options: wait until November 3 to see if the texts keep coming, or vote the fracker out. Good luck.