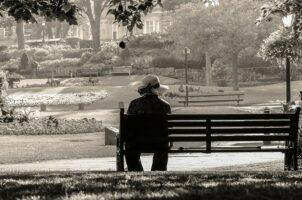 28-year-old Martha Pederson has been living with the burden of being “it”, after a game of recess tag ended in the fourth grade. Although disciples of the popular pastime know that the game officially ends with the recess bell, a lesser known clause stipulates that if the original “it” did not tag another player for the entire game, they remain “it” until the game resumes next recess.

Unfortunately for Ms. Pederson, she befell the fate of becoming “it” on the last day of fourth grade. “Ever since that day, I’ve been begging my old school to host another recess with past students from grade,” Pederson laments. “I can’t go out in public anymore. People scatter away from me like I’m a shark in a school of minnows, or as if I passed gas on the rush hour train.”

While many social activities may seem normal for the typical adult, for an “it” like Pederson they serve as a reminder of her inability to interact with others. “I have a tandem bike in my garage. It’s so hard to get up hills alone. I spend most trips lying in the gutter, hoping that someone will help me balance the bike.” She continues, “last week I hosted a tailgate in my backyard. I had planned to play tug-of-war but ended up soaking the end of a limp rope with my tears.”

Despite the adversity she has faced, Pederson has found consolation in her dream job as a sheep herder on a local mountain range. However, she laments the lack of a support network from her family that she was never able to experience. “I think my dad must’ve really liked playing tag when I was young, and he was extremely skilled at the game. One time I was ‘it’ and he ran away— I haven’t been able to find him since.”