Reckless Student Sends Email To Professor After Only Five Proofreads 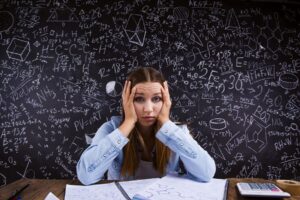 Northwestern student Stacy Stresser (SESP ’24) recently went out on a limb and sent an email to her English professor after only proofreading it five times. Resisting the temptation to read it through a sixth, she reportedly finally worked up the courage to press send. Her professor responded thirty seconds later, replying “sure that wold be fine -sent from my iPad.”

“I don’t know, I guess I was just feeling bold,” said Stresser in response to her reckless action. “I’m trying to adapt to a new lifestyle where I don’t care what people think anymore. I just do what I want.” Stresser reported spending seven hours composing the email, which inquired about turning in assignments weeks before their deadlines. She proofread it a total of five times—earning the Northwestern record for fewest number of proofreads.

Stresser also admitted to using contractions in her email, yet another uncommon act for many Northwestern students. “I’m addicted to living on the edge now” she said. “Heck, maybe I’ll eat dessert before dinner or only look one way before crossing the street!”

After her enormous act of bravery, Stresser will be releasing a book soon entitled “Facing Your Fears,” in which she encourages everyone to begin “doing the things that scare you the most.” She has yet to submit it to a publishing company, however, due to a fear of criticism.