Guy that Just Ghosted You Actually Taking Time for Himself, And Also For His Ex 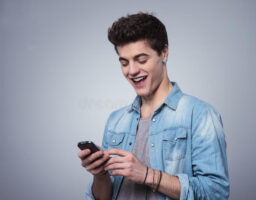 Calm your fears: the guy who just ghosted you and turned off his Snapchat location after you texted “I don’t want to just be friends,” is actually just taking time for himself, and also for his ex-girlfriend from four years ago.

“I think I really just needed some alone time,” says Adam Ghoul, standing outside of his ex-girlfriend’s apartment building. “When I realized you wanted to up the ante by expressing your true feelings and emotions, I realized that I needed to take a step back.”

When looking into Ghoul’s past, the Flipside found layers of emotional trauma, stemming from his fourth-grade girlfriend who he never got over and ending with his recent girlfriend of four years ago. Relationship experts have reported that these two events alone are reason enough to treat you like actual garbage

Ghoul has also been trying out new self-care techniques which include spa facials, cleaning, and definitely not sleeping in his own apartment. He said that he’s gotten a lot of thinking done lately and has been able to clear his head. In fact, he’s even cleared you from his matches on tinder, and by midnight you will be nothing but ten digits in his phone.

As for the reason why he kept your number, Ghoul mentioned that he “probably wants to still be friends, but maybe after you post on Instagram and remind me that you still exist and are still hot.”