Ask Flippy: My Dad Finally Came Back After 17 Years, Is He Telling the Truth When He Says He’s a Cicada? 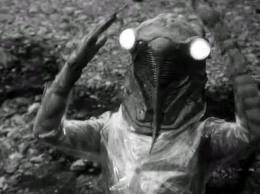 So, here’s the deal. My dad left me and my mom when I was just a little kid. My mom never told me why, but I always assumed it was that same old story: not ready for a kid, goes out for cigarettes, never comes back. I lived my life the past 17 years not knowing who my dad was, and I was fine with that until very recently.

Flash forward to last week. It’s my 20th birthday, and who walks through the door? My dad! I was filled with so many emotions—anger, happiness, confusion—but most of all, I just had questions. I started crying and asking him why he left me and my mom so many years ago without saying goodbye. I did NOT expect what he said next. He claimed that he is a cicada and that he needed to hibernate for 17 years.

It’s been a week since then, and honestly, I still can’t tell if he was lying. I mean, he does kind of look like a cicada. He buzzes really loud all the time. Also, I thought I saw him attached to a tree, but it was really just a shell out of which he had molted. All things considered; I just can’t be sure. Do you think he’s lying? I can’t forgive him until I know for sure that he’s telling the truth.

Wow! That is one tough situation. I think we can get to the bottom of this, though. I once had someone ask me whether his second cousin was really a ball python. I told him to release a live mouse into his room and see if his cousin swallowed it whole. When the cousin screamed and ran away, the asker knew that he was actually a person and not a snake. I suggest you apply a similar method. You should send a few cicada-killer wasps (Sphecius speciosus) after him. If he is a cicada, your dad will certainly fly away in fear of being eaten. If he’s a person, however, he will recognize that these insects are actually not dangerous to humans and react without fear. Either way, you will finally have your answer.