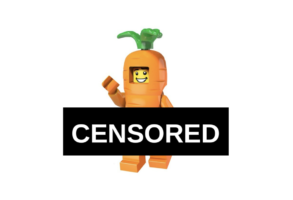 Popular children’s toy company Fisher-Price has announced the release of a new toy line, called “Man Carrot,” this week. The toy thrusts Fisher-Price into an ongoing debate over gender roles in children’s toys that began after Hasbro removed “Mr.” from the name of their “Mr. Potato Head” toy line, prompting backlash from many conservatives.

In a press release, new head of marketing at Fisher-Price, Paul Hallic, said, “We at Fisher-Price are deeply concerned that our fellow toy manufacturer Hasbro has declared war on men by destroying traditional symbols of Western masculinity like Mr. Potato Head, the plastic potato toy aimed at children ages 3 to 5.”

Man Carrot comes equipped with several accessories, such as a gun, a bottle of Viagra, and a cigar. Most notable about this toy is the large, anatomically-correct penis attached to the six-inch tall figure, a detail that has not gone unnoticed by Fisher-Price’s critics.

Mr. Hallic elaborated on the importance of Man Carrot’s anatomy to Fisher-Price’s mission to create a new paragon of masculinity. “We can’t have any doubt in our minds regarding the genitals of the plastic vegetables that we manufacture. That’s why Man Carrot’s second carrot is large, throbbing, and most importantly, unable to be removed.”

Internal memos reveal Fisher-Price is “pulsing with pride” at the design of Man Carrot. Sean Haft, lead designer of the Man Carrot team, stated that the company had improved greatly on the “curvaceous” Potato Head design.

“The long, rigid, rod-like shape of Man Carrot’s body is ergonomically designed to feel good in your hand,” Haft said. “We spent a lot of time just gripping Man Carrot firmly in our hands and rubbing him up and down to make sure the shape and texture were just right.”

Featured, Latest News, No. 320, Year 13 carrots be crazy like that, fisher-price? more like fisher-penis, my man carrot is more manly than your man carrot, throbbing plastic penis