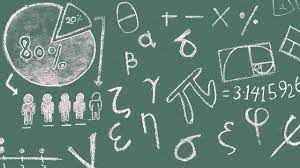 Although 2020 has “shoved our heads down the proverbial toilet”, and 2021 is in the midst of “ripping us a new one”, one individual believes that it’s never too early to plan for the future. Mitchell Musciato, head of Probability and Horticulture at Oxford University, has already begun investigating possible social and political quagmires to come (perhaps with some citrus-based bias).

“It started with a personal vendetta against my neighbor Guido,” Musciato explained as he paced around his office crazed and donned with a Doc Brown-esque lab coat. “I noticed that the lemons in my yard were not reaching maturation as I had expected. And then I realized that Guido had been nabbing my lemons.” He went on to disclose how he was able to create a formula that predicted when Guido would steal his lemons, based on time of day, weather, Guido’s work schedule, as well as family obligations. “Next time he reached for one of my lemons, I took his arm off with a machete.”

“But there are more generalizable uses for my formula,” Musciato said as he rolled one blackboard to the side of the room, revealing yet another blackboard behind it with even more math. “This is an equation I calculated that predicts the international gross lemon yield for each month.” He pointed to a graph showing that February of 2022 would yield the fewest lemons relative to the other months. In fact, most of early 2022 would feature a lemon shortage according to Musciato’s graphs. “If there’s any chance of me getting through next spring, I have to start stocking up on lemons by this fall.”

Musciato refused to answer why he required such an abundance of lemons for the year to come, but it was quickly made clear that he had an obsession with citrus fruits that perhaps overrode his love of mathematics. “2023, believe it or not, will yield the perfect conditions to grow the world’s biggest grapefruit. We’re talking two, or even three feet across: perfect for my collection.” Musciato finished the interview by saying that he would be retiring at the end of the year so that he could leave for Mozambique in 2022 to try and cultivate the gargantuan grapefruit himself.

Unfortunately, Guido got his revenge on Musciato one week after the interview, and he was never able to make the trip. However, the rest of the Mathematics Department at Oxford has vowed to grow the gargantuan grapefruit in Musciato’s honor, as he had been discussing monstrously sized citrus fruits for years.