Op-Ed: How to Drive a Wedge Between Every Campus Couple So They Can All Be as Sad as You 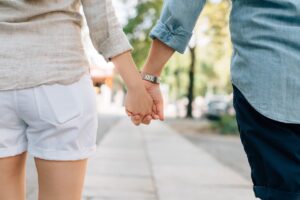 I was walking down Sheridan staring at my GPS when I was deflected, careening into the road to avoid a couple holding hands. They were totally oblivious, completely blocking the sidewalk. Ridiculous! I thought to myself, Am I the only one with this problem?

I conducted a completely unbiased poll sent exclusively to other lonely singles, and—sure enough—we have a scourge of couples on campus.

I devised a few ideas that I hope will help eliminate this affliction:

If we work together, we can achieve a campus free of love and connection as early as next quarter. Go forth, ye brave soldiers.

The Northwestern Flipside absolves itself of all responsibility for any personal injury lawsuits that result from these recommendations.