COVID test burglary results in one swab for everyone to share 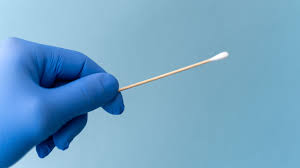 The Ocean’s 21 heist of this October resulted in the theft of 4,500 COVID tests, but more seriously, the lives of those connected with Northwestern’s campus were irrevocably altered. The solitary citizens of Foster-Walker must suddenly interact with other humans, the Abbot company is grieving the loss of their kidnapped products with a forty-five gun salute, and only a single nasal swab remains for the entire student body to test with for the rest of fall quarter.

In the aftermath of the theft, the one swab, dubbed “Ole Faithful”, could be found lying underneath the ransacked shelves of its fallen brethren. This bedraggled cotton-tipped nose invader was quickly moved to a secure location (with guards who are, in fact, awake) until testing can resume.

Richard “Sick Rick” Uphead, leader of the university’s conservation team, argued this predicament, while problematic for the health and safety of students, would reduce the amount of plastic waste generated on campus, possibly even more so than this year’s switch from plastic coffee stirrers to the ever popular pieces of literal fucking pasta.

The Office of Off-Campus Life made a corroborative statement: “The single swab will bring Wildcats of all years, majors, and levels of sickness closer together.” The Office of Northwestern’s Chair for Equity backed this statement and moved to cancel various upcoming diversity programs due to the swab’s capability of eliminating all socioeconomic and political barriers.