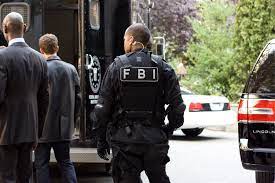 On Saturday of January 15th an armed gunman held four people hostage in a Fort Worth Synagogue. Out of all of the terror and fear, one organization bravely stepped forward to assure the American public that this attack on a Jewish Synagogue was not in fact an act of anti-Semitism. That organization was the FBI.

Long time readers of the Flipside may recognize the Federal Bureau of Investigation from such standout hits as sending death threats to Black Panthers, and assassinating Martin Luther King Jr. Now, as the self-appointed leader in equity, the FBI has made the bold claim that this attack on a Jewish place of worship was just one big coincidence.

“Honestly, he could’ve attacked anywhere: a mosque, a synagogue, an HBCU campus. It doesn’t mean he was bigoted.” said Henry Wiretap, the FBI’s public relations executive. “Trust us, no one knows how to terrorize minorities like us. If this was a hate crime, we would be the first to know.”

To Mr. Wiretap’s credit, he does make a point. In terms of bigotry, the FBI does have an impressive record. From destabilizing Latin American governments to spying on Puerto Ricans, the FBI’s lengthy resume is hard to top.

However, the decision to label this hostage situation as “purely coincidental” did come with its fair share of backlash. After substantial pressure from the public, the FBI later retracted their statement and chose to call this shooting an act of anti-Semitism. Mr. Wiretap was unavailable for a comment, but sources close to the Bureau said “maybe the organization behind COINTELPRO should not be making judgment calls on hate crimes.