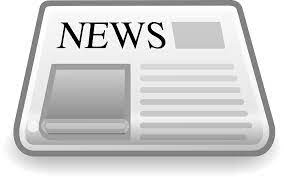 In an email sent at some point or something like that, high up (but not the highest up) Vice President or Representative or whatever McSomethingson announced that students will be doing something that is either somewhat reasonable but a little misguided or totally unacceptable. It might even be completely normal, and not problematic! We cannot speculate.

“Whenever I see an email from the university, I think about it. Then I decide that I have to do something about it, and that the support of 70 of my peers out of thousands will be a large enough group to bring about change or adequate resistance,” McWeinberg said.

Not everyone agrees with these students’ actions, though. Economics major Cormac McCormick disagrees with these students’ actions. They say that students aren’t considering the gravity of the situation and that their professor Soand Soh mentioned to the class that this was a decision that faculty made while thinking for a long, long time about thoughts.

“At the end of the day, it’s not the University’s job to listen to its students. If they don’t like it, they don’t have to do it. Think about the overhead! The cost to the University, if they do this or don’t do this or give in to some demands to change their stance, would be too great to justify.”