Ask Flippy: Where Do I Find Valid Shawties Who Will Also Support My Ambitions In Political Science? 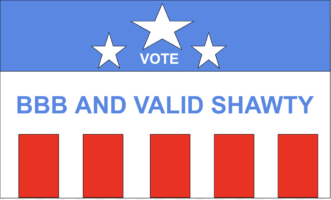 In high school, I thought that I had found the perfect girl. We met at a Model UN conference. She ripped shots in the grand ballroom with me after hours, gave a rousing speech about refugee crises, and even finished me off behind the podium after I won third place. I’ve been chasing that high ever since.

Now, it just feels like Northwestern’s in a drought of hard-partying, politically minded, adorably high-strung babes. I’m at the top of my game, but I’m still not getting any top. Or maybe I just don’t know where to find them. I’ve checked Econ 101, mock trial auditions, Fiji. I staked out the dispensary the night before the presidential debate. I even brought flowers to a Young Democratic Socialists Association once just in case I met a female there. (Tragic mistake – girls don’t associate with YDSA.)

I’m just looking for a valid, down-to-earth betty who can hold my hand, both at Naturdays with the boys and on the campaign trail. Everyone knows you’re a stronger candidate with some hot wife material behind you. Plus, I still haven’t found anyone who’s willing to lay out my clothes the night before like my mom used to do – and also kiss me with tongue the way I hope my mom never does.

The boys suggested that I throw a Pros/Hoes party to find a babe who can rock a white button-down on and off the dance floor. But the last time I tried to drink with women in political science, they quite literally drank me under the table. I haven’t been able to stomach a vodka soda, splash of lime, since.

What should I do to find my Senate-ready shawty?

Condolences that you have also lost a drinking contest to a woman in political science.

Maybe you should just try guys.