Ask Flippy: Kamala Harris Ghosted Me on Wednesday Morning After I Sent Her $100. Am I Being Too Eager? 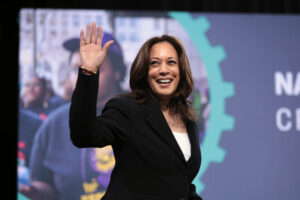 The past month has been such a roller coaster ride. I got endless texts and emails from foxy women like Stacey, Alexandria, Marjorie Taylor, and most importantly, a certain Kamala Harris who slid into my DMs. However, I’m not here to flout the amount of attention I got, because after an exciting Tuesday night, I got ghosted: I never received anything even after emailing them again and again.

I finally caved when, on Tuesday, November 8th, Kamala Harris sent me a survey. She claims to be the Vice President of the USA (I assume that stands for United Submissives Association), with questions like “do you want to dominate the Congress?” and “do you like Joe Biden’s performance?” which, honestly sounds like some pretty sexy stuff. I’ve always wanted to be a dom and a sub at the same time, so I excitedly gave them $100 when they asked for it, hoping to make up for all the times I didn’t respond to their requests. I was so excited to finally have a threesome with Joe and Kamala!

Then come Wednesday, all of my potential sneaky links stopped texting me. I texted them again and again, but to no avail. Even Kamala, the love of my life whom I gave $100 to, only said “thank you” and stopped talking to me. What did I do wrong?

A Wildcat Pursuing a Girlboss

Yikes! Sorry to hear that this happened at the last minute. As someone who enjoys both domming and subbing, I understand your excitement and your disappointment. Judging by the texts, I think they might mean something else when they were talking about “dominating the Congress” or “Biden’s performance.” In essence, it’s not you, it’s them. Life can be full of disappointments, but it’s important to focus on the present and make sure to have realistic expectations next time.

Meanwhile, what’s outside of our control is not for us to worry about, and the most we can do is vent about it. Speaking of which, if you would like to, you can always come to my place to, you know, talk about this. We can even watch some Netflix and just chill to take our mind off things.