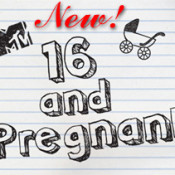 MTV Hopes to Smarten up with New Show, “16 and Pregnant with Caveman”

NEW YORK — When George Church, a geneticist at Harvard Medical School—a small medical training facility in Massachusetts—first announced that he was looking for volunteers to be impregnated by a Neanderthal embryo constructed from DNA ripped from bone fragments, he was cautiously optimistic that someone would step up. But it soon became clear there were no takers, and Church was about to call the whole thing off. Enter MTV, formerly known as Music Television. An MTV representative contacted Church last