NORTH KOREA- On November 23rd, the nation of North Korea was nearly engulfed by the Pacific Ocean, becoming the most recent victim to rising sea levels this year. While most scientists have attributed this natural occurrence to melting ice caps and global warming, North Korean leader Kim Jong Il begged to differ, stating that he “often looks at the water, among many other things” and “had known for months that the Ocean was preparing to invade”. Fearing the Pacific Ocean 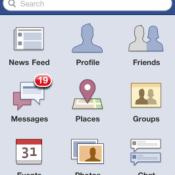 CHICAGO- The citizenry of Chicago was struck with awe today as they read the lyrics to Nirvana’s “Smells Like Teen Spirit” that 16 year old Roland Buchanan had posted on Facebook early this morning. At 8:15 AM, students at Evanston Township High School saw Buchanan typing on his cell phone during a math lesson. “That kid is such a badass,” reported Steven, a classmate of Buchanan’s. “Nobody uses their phones during a lesson. It’s totally against the rules.” According to