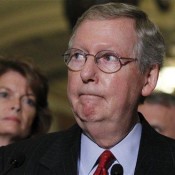 Congress Would Rather Sit on Their Asses

WASHINGTON – Congress has voted down the latest edition of President Obama’s jobs bill that would have legally required Americans to get jobs. The proposal was met with fierce opposition from Congressmen who would rather sit on their asses instead. The vote has been interpreted by political analysts as a legislative act defending the rights of the lazy. Senators gave impassioned speeches about the freedom to “do absolutely nothing” and to “be a couch potato,” saying that Americans have a