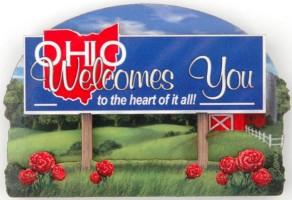 COLUMBUS, OH — After an eternity of acting like the state actually matters, Americans are relieved that they are once again able to completely disregard Ohio. Due to its electoral significance, pundits, candidates, and campaigns had descended on the cultural wasteland, attempting to woo the votes of disappointed Browns and Bengals fans in every county, and bringing it to the forefront of the media’s eye for the past several months.

Privately, however, campaigns had expressed dissatisfaction with their Ohio operations. As Shelia Bowerton, a senior Romney staffer in Akron, put it, “It’s awful trying to pander to these people. They have this ridiculous sense of political entitlement… I just don’t know where it comes from.”

A worker at Obama’s Bowling Green field office added, “It’s like they thought they were doing something to deserve this attention, when really, the only reason Ohio is important is because there are millions are people so politically uninformed that they need someone to spoon feed them opinions that they can latch onto, and it makes the state competitive.”

This was reflected in much of the advertising done in the state. A Toledo area radio ad for the Obama campaign advised voters to “pick Barack Obama, the one with the ‘D’ by his name.” Similarly, Romney supporters ran a statewide commercial featuring a School House Rock-style music video highlighting expansion of the national debt under Obama with the refrain, “When we borrow, it’s bad for tomorrow.”

The end of the campaign is welcome news for a nation weary of pretending a state full of drunk Ohio State fanatics and deserted cities is actually a worthwhile place. Staffers on both sides have reiterated their happiness at being able to finally “leave this urban hell-scape called Cleveland and get back to somewhere civilized, like LA.”

As Bowerton summarized, “I mean, just look at that stupid pennant thing they call a flag. How can you even take a state like that seriously?”