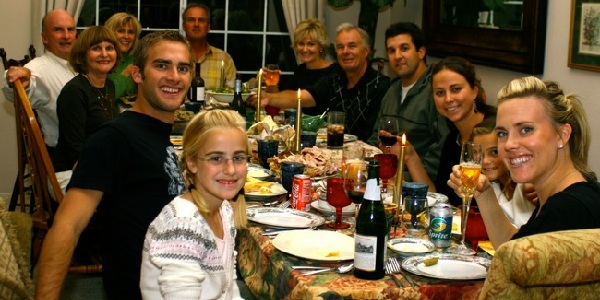 WILMETTE, IL — While attending a Thanksgiving dinner at his cousins’ house, Northwestern Sophomore Ryan Mayled reportedly spent more time talking to his hosts’ pet dogs than to any of his distant relatives. By playing tug-of-war with the two aging Boston Terriers, Mayled successfully managed to avoid even a single venture into the living room where relatives from across the state had assembled to watch football, drink spiced apple cider, and enjoy each other’s company.

Following an incredibly awkward dinner in which Mayled fielded and tersely answered the same five questions about his major, his grades, and Northwestern’s quarter system, Mayled followed the dogs into the kitchen, where they had gone to beg for leftover scraps of turkey.

“Who’s a good boy?!?” Mayled excitedly spoke in a child-like falsetto as he ran his hands through the dogs’ fur, not once looking up at his aunt who was quietly preparing dessert.

Exit polls from the dinner revealed that Ryan made little impact upon those in attendance, youngest cousin Kayla telling reporters that she “wish[ed] Ryan could have come tonight.”

Although he only sees his distant family once a year, Ryan reportedly feels little connection to his cousins, and rarely speaks his mind ever since a disastrous dinner two years ago when he accidentally shared a political opinion.

At press time, Ryan was finally preparing himself mentally to face his grandfather and hold a human conversation for the first time all evening, but was derailed at the last moment by the discovery that his cousins had recently purchased a parakeet: