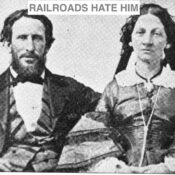 From The Archives: Railroads Hate Them! With This ONE-WEIRD TRICK The Donner Family CUT Their Traveling Expenses in HALF!

His savvy entrepreneurship made him the BANE of the Union Pacific Railroad! 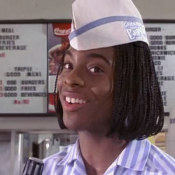 Dinner with Strangers: A Look into Your Real Future

The Northwestern Alumni Association will hold a “Dinner with 12 Strangers: Industry” in the hopes of connecting students to individuals working in the industries that they are likely to enter into upon graduation.

Infographic: Who Ruined Thanksgiving This Year?

WILMETTE, IL — While attending a Thanksgiving dinner at his cousins’ house, Northwestern Sophomore Ryan Mayled reportedly spent more time talking to his hosts’ pet dogs than to any of his distant relatives. By playing tug-of-war with the two aging Boston Terriers, Mayled successfully managed to avoid even a single venture into the living room where relatives from across the state had assembled to watch football, drink spiced apple cider, and enjoy each other’s company. Following an incredibly awkward dinner