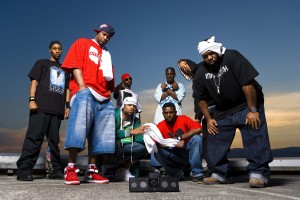 EVANSTON — In an effort to sadistically torture Northwestern students, Mayfest decided to announce that Wu-Tang Clan is headlining Dillo Day only seconds before the iconic rap group took the stage on Saturday.

The decision was made in part because the concert organizing board has a really sick and twisted desire to play with the hearts and minds of both music enthusiasts and borderline alcoholics alike, not to mention the entirety of ETHS and cool moms everywhere.

“Creating a really confusing guest policy was only the start,” said Brian Powell, the Mayfest Productions Co-Chair. “We wanted to add to the existing chaos by releasing the full lineup when everyone’s BAC was above 0.1%. That way people would be really excited after a mediocre performance by a penultimate act no one’s heard of.”

Besides containing the pervasive disappointment and general sadness connected to the controversial lineup, Mayfest also hopes to catch students off-guard so that no one could be able to pretend that they were supposedly huge RZA fans when they were two years old, thus protecting the group’s indie/90s nostalgia music elitism.

The consequences of Mayfest’s decision could be conservatively estimated at catastrophic. Between conflicting with coordinated nap times and overshadowing the Interfraternity Council’s only valid contribution this entire academic year (FREE PIZZA!?!?), the Headliner Catastrophe of 2013, as it will go down in Dillo Day history, sets a precedent for future years. The amount of pain and bitching overheard at Norris in the past week is only projected to increase exponentially. An anonymous source hinted that Mayfest may be planning to not have a headliner at all in 2014.

“The benefit of not having a headliner,” the insider source told The Flipside, “is that you won’t feel that bad when you miss Dillo Day to study for your orgo final.”