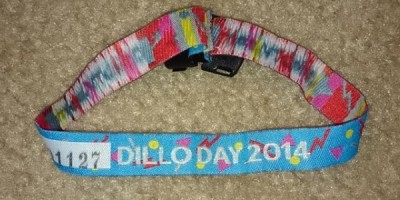 EVANSTON – Mayfest organizers admitted today that more effort and creativity was put into the planning and rollout of this year’s controversial new Dillo Day wristband policy than into any other aspect of the concert.

The Northwestern student body has reacted with near-unanimous disapproval of the wristband policy, in which oddly-colored and non-replaceable wristbands must be worn in order to gain access to the Lakefill and watch headlining performances by… dammit, who’s performing again? Christ, it’s right on the tip of my tongue… I know they’re relevant to music only in the most transient sense…

…RIGHT! 2 Chainz and Chance the Rapper!

After going out of her way to Norris to pick up her wristband, Weinberg junior Emily Yost angrily complained to nearby Mayfest members about the inconvenience. Mayfest members present were thrilled to hear that Dillo Day had successfully produced an emotion other than bitter indifference in students.

A recent poll of Northwestern undergrads has revealed that 86% of the student body labeled this year’s Dillo Day changes “inconvenient and unnecessary,” while only 24% of students could recall the names of the artists set to perform.

“I still can’t believe we have to enter the Lakefill through Norris!” Yost grumbled to a friend as she walked away from the registration table. Experts predict that this will be the sole memory Yost retains of Dillo Day 2014.

Even if Mayfest cared about whether students enjoyed the concert they receive hundreds of thousands of dollars to put on, school officials note that they have no need to worry. According to data from 2013, students only complain about artists until the morning of the actual concert, by which point they’re much too drunk to care.