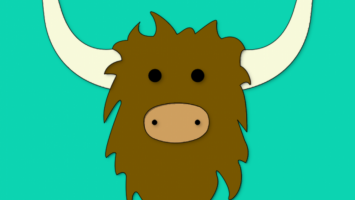 When Freshman Clarissa Doby walked out of class last Tuesday afternoon, she could tell something wasn’t right.

“I rode my bike to class that day, but afterwards it wasn’t there. Like, it was just gone, you know?” Doby said.

Seeing no other course of action, Doby decided to document her situation on the popular, campus-wide, anonymous social media app Yik Yak. “I literally couldn’t even when I saw that my bike was missing, so I just had to yak about it to let my anger out,” she said.

Due to the app’s widespread use, Doby’s post received more than 100 upvotes in less than two hours, making it the third most popular yak on Northwestern’s feed at the time. Miraculously, Evanston Police Chief Richard Eddington was one of those who took notice.

“When I was checking the app on my lunch break, I noticed Doby’s yak had received so many upvotes in so little time. This meant it was serious, so I put my top investigator on the case right away,” Eddington said.

After confirming that it was Doby whose bike was stolen, Investigative Services Division Deputy Chief John Jamraz scoured his files for a possible lead until he checked Yik Yak on his work break too.

“All of a sudden, I see a post bragging about a new bike followed by three bike emojis and that weird poop-with-a-face emoji. I don’t know why the suspect included the poop emoji, but the yak was suspicious enough to warrant checking it out. It had 4 downvotes at the time and was nearly deleted as a result, so good thing I saw it when I did,” Jamraz said.

Sure enough, when police went to the post’s origin at the Lakefill, they found the suspect (whose name has yet to be released) with Doby’s bike, apprehended him, and returned the bike.

“It’s all in a day’s work. Actually, it’s all in a day’s procrastination from work. Maybe if I just check Yik Yak more often, I’ll be more productive,” Eddington said. “What a time to be in the force! Now if only I were as successful with Tinder.”