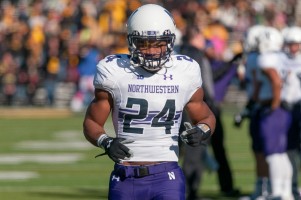 Senior captain Brandon Vitabile commented on the unfortunate situation. “I can’t believe it. To come all this way only to find out it was all for nothing. We did not run through their waffle fry-esque defense for a Doritos Locos Taco.“

Some Wildcats were seen searching through Ross–Ade Stadium for the elusive post-game Chick-Fil-A meal. Freshman running back Justin Jackson explained his disbelief. “This is unacceptable. I worked my ass off this week. And for what? Some ground mystery-meat and indigestion? No thank you.”

Coach Pat Fitzerald was more furious than disappointed. “At least Notre Dame had the dignity to feed us Chick-Fil-A following their loss. I had my guys pumped up today. I told them ‘set your sights on that homestyle with cheese and don’t let anything or anyone get in your way. Trust the Fil-A.’ Purdue showed a real lack of sportsmanship today with their post-game meal. I wouldn’t be surprised if the NCAA imposes some serious sanctions on the boilermakers.”

In other news, Northwestern Vice President for Athletics Jim Phillips was overheard saying, “The only post-season bowl game which we will accept a bid to is the Chick-Fil-A bowl.”