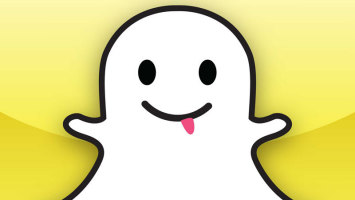 Last week, Snapchat finally stepped up its game and created a new feature that allows college students on their specific campuses to post Snapchats to a story called “Our Campus Story,” which anyone on that college campus can see. This update was designed in hopes of establishing a sense of community amongst students on college campuses nationwide. It is heartwarming to know that students now have the ability to present their beautiful faces and smiles to all their friends and peers.

Luckily, Snapchat added this feature during the best time of the year at Northwestern: WINTER JJJ!!!!!!11111!!!!!!

Because winter is such a beloved season on the Northwestern Campus, students had a lot of positive, fun, and silly Snapchats about the weather to post to the campus story. The Snapchats were so wonderful that The Flipside recorded some of the Snapchats (along with who said them) and will now be presenting some examples to you, the reader, so that you can see how truly amazing our Northwestern community is during the winter!

Message: It’s -4° outside, guess I won’t be making it to the the gym anytime soon. #MustLiftToSurvive #SoDoesThatMeanIWillEndUpBeingUnhealthyLikeEveryoneElseOnThisCampus #DoesMyScholarshipIncludeAWeatherPackage?

Message: I woke up this morning and found 3 inches of snow on the ground… GODDAMNIT! #WhereAreMyNutz #SOS #NeedMyNutz

Dorothy From “The Wizard Of Oz”

Message: Toto, I’ve a feeling we’re not in Kansas any… HOLY SHIT I JUST STEPPED IN FROZEN GEESE POOP.

Enjoy the rest of winter and stay warm! Be on the look out for the Spring Season, coming to Northwestern between April 22 – April 24.