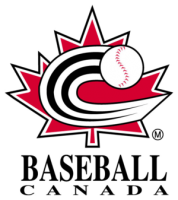 EVANSTON—Toronto Blue Jays fan Ross Petterson, WCAS ’17—the only Canadian baseball fan on campus, as far as can be confirmed—was seen sulking for much of this past Wednesday after his hometown hero, Fred McGriff, was not voted into the Baseball Hall of Fame in Cooperstown, New York, for the sixth year running.

Gloria N.X. Celsisdeo (noticeably the only girl in Petterson’s thirty-person Sports Management class) saw Petterson a couple of hours after Cooperstown published the incoming class. “He was a little fidgetier than usual,” reported Celsisdeo, “which is, like, absolutely pissed for a Canadian.” According to anonymous reports, Petterson spent a good five minutes, explaining to the room at large who McGriff was, why he deserved to be in the Hall of Fame, what the meaning of life was, and how Canadians can stand being even colder than Chi-towners  thanks to a special circulatory system not unlike that found in the legs of geese. It took Professor Ramiro Manuel several minutes of explaining the significance of WHIP in baseball statistics to restore order in the classroom (after which his students begged him to return to the subject of concessions markets).

“I guess I was just a little disappointed, eh?” Petterson told Flipside. “He was a proud part of the illustrious Canadian baseball tradition.”* Petterson proceeded to explain why McGriff was worthy of Cooperstown: “How many other players can claim 493 home runs, 2490 hits, and 1550 RBIs, with a 134 OPS+?† That’s all I can say aboot that.” Petterson still has hope, however. “Just wait until Bobcat Forests gets into the Golfers Hall of Fame. Then you’ll all see.”

*Editor’s Note: McGriff was born in Florida and played in Toronto for six years of his nineteen-year career.
†Editor’s Note: Twenty-seven, ninety-nine, forty-two, and what-the-hell-is-OPS+, respectively.