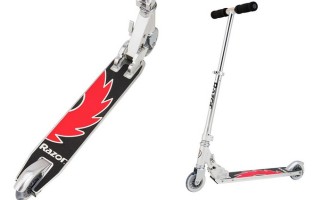 EVANSTON — The Northwestern community is on full alert after the CDC confirmed that an epidemic of Razor scooters has struck the Evanston campus.

The first warnings when several students were seen using Razor scooters as an alternative transportation method to travel between classes. These cases were addressed with extreme caution and the affected were apprehended immediately. Nevertheless, the infection soon spread all over campus, and latest reports indicate that up to fifty students could be afflicted. Razor scooters are now common on sidewalks, endangering all pedestrians. Even more worrisome, students have also been sighted riding down the aisles of lecture halls and through the L wing of Tech.

Other symptoms of this disorder include obnoxious questioning of professors and extreme domination of discussion sections, as well as a lack of hookups and questionable masturbatory tendencies.

Members of the Northwestern community are urged to treat those affected by Razor scooters with extreme caution, and contact is strongly advised against. Treatments are still rudimentary at this point, and most infected persons have been recommended for euthanasia.