Biker Really Didn’t See You There 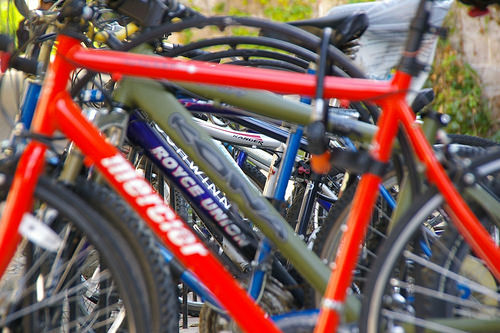 EVANSTON — An area biker apologized today, confessing that he really didn’t see you there. This apology follows a near-collision that occurred on the sidewalk in front of the Jacobs Center. The bike rider was northbound on the East Sheridan sidewalk when his front tire nearly met with your right calf. The encounter was saved when the biker swerved and rode his bike clear off the sidewalk in order to avoid hitting you. The chivalrous cyclist interrupted your halfhearted apology to declare his own remorse, insisting he had not noticed your presence and location until moments before the incident. Witnesses gave little attention to the scene, but multiple sources noted that the accident could’ve been avoided if you didn’t hog the sidewalk like an asshole.