Freshman Returns to Find Room has Been Turned into Sex Dungeon 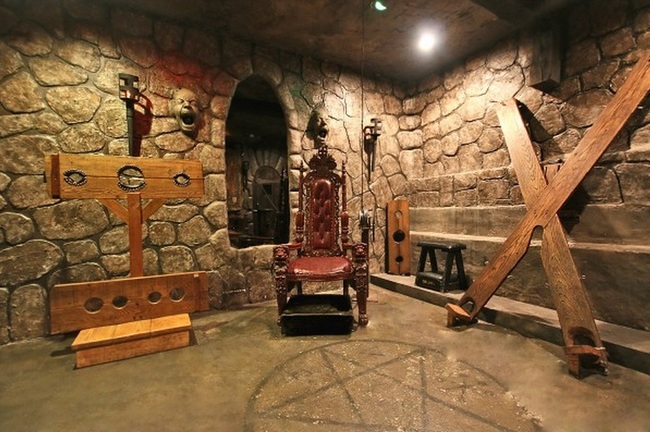 Turman was confused when he first arrived home and found a bookshelf bolted into the floor, covering the space where the door to his room used to be.   However, when the passionate CRU member tried to remove the Bible from the shelf for his daily prayer session, the bookshelf moved and revealed the secret sex dungeon in the room where he used to sleep.

Turman’s parents installed the sex dungeon shortly after he left the nest. After years of what Turman’s mother referred to as “boring, missionary sex,” she was finally ready to “take off the mom jeans and put on the edible underwear.” She continued, “Gavin going to college was really the perfect opportunity to spice things up.”

Turman’s father had been taking Viagra for years, desperately trying to “just get hard enough to keep [his] wife happy.” However, since the Turmans began using the sex dungeon, he has reportedly had multiple erections lasting more than four hours.

UPDATE: Gavin received a copy of this article shortly before publishing, at which time he promptly vomited all over the floor.