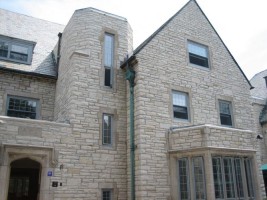 EVANSTON—Adding to the recent prohibition of hoverboards, Northwestern’s Residence Hall Association announced that wheelchairs would be banned from all student residences as well. The decision was made after administrators concluded that any wheeled vehicle would be hazardous to students.

Administrators insist that this ban was enacted not only protect others, but to eliminate the appearance of laziness. “The residence hall executive board and I thought long and hard about this decision, and we feel that getting rid of wheelchairs is the right call,” Residence Hall director Lamar Kaz said. “It’s unsafe to have such unwieldy and inherently dangerous apparatuses strewn throughout our residence halls.”

The Residence Hall Executive Board claims that Northwestern’s example should be followed by schools everywhere. “These troublemakers riding around in their wheelchairs are a giant safety hazard,” Kaz noted, “I mean, imagine what would happen if one of them fell down the stairs! If their legs were injured , they would have an extremely difficult time getting around.”