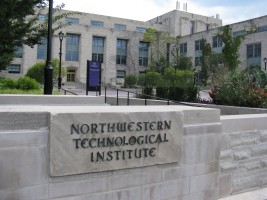 EVANSTON – After decades of discussion and over one attempted solution, Northwestern University has finally announced that it simply cannot fix the Technological Institute’s doors, which reportedly break almost as frequently as students have midterms. Speaking for the committee responsible for the decision, chair of mechanical engineering, Professor Kevin Lynch, announced that “it’s time to close the door on this chapter of Northwestern University. And not only will we close it; we will also replace it with a large ugly white piece of plywood for all to see.” When pressed for further comment by countless detractors, Lynch elaborated that “while some may be upset by this news, Northwestern is finally free to focus its budgetary constraints on improving the insides of its buildings, rather than just on how people get into them.”

Despite universal acclaim from the two people who supported the measure, the news left most engineering students unhinged. Susan Taylor, one of Northwestern’s most serious door proponents declared, “Northwestern University has always opened a lot of doors and letting this one break permanently is just pushing it too far.” Her friend Christine Marsh confirmed doors were a problem, recalling, “She got so little sleep the other day that she just kept walking into [the plywood covering the broken door]. It took eight hours before she realized it wasn’t a door.”

In contrast, Northwestern’s Dean of Engineering, Julio Ottino, was overwhelmed with glee upon hearing the news. “Northwestern wants engineers who can think at the intersections and this measure to completely ignore the doors on our buildings really shows our commitment to breaking down boundaries.” Reportedly, Northwestern has always been a school where the hardest step was just getting through the door. Prior anti-door measures include admitting the Kool-Aid Man into the Weinberg College of Arts and Sciences and encouraging students to jangle and eventually lose their room keys. When asked if he actually thought this was a good idea, Ottino stated, “This measure is not just financially good but it is good for the soul of Northwestern itself. There’s no need to worry though; our doors can’t be as broken as our engineering students are on the inside.”

At press time, Northwestern had begun to offer the “Segal Certificate of Efficient Door Operation,” with the hopes of teaching Northwestern how to properly conserve their doors.