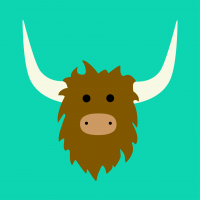 EVANSTON – Since the start of winter quarter, fraternity and sorority rush have taken over Northwestern’s campus. As a result, students have begun to turn to a number of sources to gain advice on which fraternity or sorority to choose. While each source of information offers a unique perspective on each house, one Yik Yak user has confirmed that fraternity Beta Beta Beta is, in fact, gay.

Since its launch in 2013, Yik Yak has been universally known as an accurate source of information to be fully trusted at all times. “You have to trust the Yak,” stated Joseph Clancy, WCAS ’19, “It’s full of unbiased, well-filtered information, so if it says a frat is gay, well, it’s gay.”

UPDATE: Another Yak has been posted with the message “Tappa Tappa Keg is gayyyyyy.” It is unclear at this time whether or not the two fraternities are gay together, or if they are both unattached at this time.