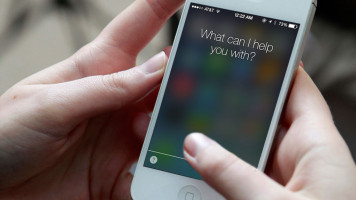 GUANTANAMO BAY – “We didn’t see the problem at the time,” The FBI announced at a press conference, holding a still-wet iPhone suspended in a bag of uncooked rice. Recently, the U.S. Government requested that Apple make a backdoor operating system for the IPhone, invoking the Government Can Do Whatever It Wants act of 1789. Apple refused to comply. Reports indicate this is when the U.S. Government decided to employ controversial interrogation techniques. The details of the information extraction technique have been released. The following is a direct quote from agent Smith. Warning: graphic content.

“First we asked nicely, hoping that the honor of aiding the U.S. Government in an important investigation would be enough incentive for Siri to provide us with the information. We were unsuccessful, so we moved on to the classic Good Cop, Bad Cop routine. Siri just began to beatbox. We needed a more aggressive technique. Now I know that we have received criticism in the past for suspicion of waterboarding, but in this situation we had no other options. We would pour water over the face, wait for a sizzling sound, and then request information. Siri was still uncooperative. We made several attempts, until the subject turned blue and grew unresponsive. We still hope we can save her, the information she might hold is of grave importance to our society. Apple, if you’re listening, it didn’t have to end this way.”