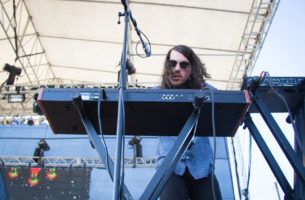 EVANSTON – Wildlife experts were surprised to discover an unusual migratory pattern in local mammals yesterday, May 21, 2016. Rabbits, raccoons, and even domesticated dogs and cats were observed leaving their usual habitats and roaming east, toward Lake Michigan.

“We have never seen such a mass migration of mammals in Illinois at this time of year” reported Lila Swanson, a spokesperson for the National Wildlife Federation. “We are currently investigating the implications of this incident on the habitats of western Evanston.”

While some attribute changing migratory patterns to climate change, local experts acknowledge the effect of WNUR’s lineup on this particular migratory anomaly. “Colleen Green’s vocals seemed to appeal to animals in heat of several different species. It’s actually amazing how responsive creatures are to the human voice,” said Swanson. “We may investigate the implementation of this music as a therapy for endangered populations.”

Local population biologist Mark Epstein claimed that “the recent drop in certain Evanston mammal populations could easily be attributed to the lack of a May concert on the lakefill last year.”